That Anime Show EP 36 The Return of Caitlin Glass

A voice actress and ADR director, best known for the role of Winry Rockbell in Fullmetal Alchemist, Caitlin has been working in the anime industry since 2004. Most recently Caitlin has played Hanna Annafellows in Black Butler II, Eila in Strike Witches, Kyoko in Initial D: 4th Stage (FUNimation), Mawari in My Bride is a Mermaid, and Maya Ibuki in  Neon Genesis Evangelion 1.0 You Are (Not) Alone and 2.0 You May (Not) Advance. Other well known roles include: Chachamaru & Chisame/Chiu in Negima, Deneve in Claymore, Dhianeila in Heroic Age, Kaori in Kanon, Hiyono in Spiral, LaLa in D.Gray Man, Miria in Baccano, Miss Anderson in Shin-chan, Nerine in Shuffle!, Saya in Black Cat,  Sumomo in Sergeant Frog,  Triela in Gunslinger Girl, Vivi in One Piece (FUNimation), and Yakumo in School Rumble. Caitlin can also be heard in BECK, Darker Than Black, Dragonaut: The Resonance, Hell Girl, Kaze no Stigma, Kenichi, Mushi-shi, Nabari no Ō, Ragnarok, Solty Rei, StrAIn, Tsubasa: RESERVoir CHRoNiCLE, Welcome to the NHK, and Witchblade, among many others. She has also voiced characters in such video games as Street Fighter IV,  Super Street Fighter IV and Street Fighter X Tekken as Cammy, Final Fantasy: The Crystal Bearers as Amitadatelion, and Infinite Undiscovery as Aya.

That Anime Show presents their second annual Halloween special. Join Victor Costly, guest host, as he brings you stories, scenes, and music perfect for the month of October. Prepare yourself for thrills, chills, and lots of awkwardness.

Mike got his start in anime as one of the first voice actors in Texas to be hired by FUNimation Entertainment in 1997, and has since moved on to become a Director, Script Writer, and Line Producer for numerous anime series. Notable roles include Master Roshi and Yajirobe in Dragon Ball, Dragon Ball Z and Dragon Ball Z: Kai, Baby and Baby-Vegeta in Dragon Ball GT, Goemon in Lupin The Third (Movie Specials), Ritsu Sohma in Fruits Basket, Lt. Jean Havoc in Fullmetal Alchemist and Fullmetal Alchemist: Brotherhood, Cain in Trinity Blood, Buggy the Clown in One Piece, “Ranka” Fujioka in Ouran High School Host Club, Tybalt in Romeo x Juliet, Hyuga in Evangelion: 1.11 and 2.22, Shota in Summer Wars, as well as various roles in Yu Yu Hakusho, Galaxy Railways, Nerima Daikon Brothers, Burst Angel, Desert Punk, Hetalia, Kiddy Grade, Paradise Kiss, and many others.

Mike is also an accomplished improv comedian, musician, and has appeared in numerous commercials, video games, and independent films, including The Rage Within, House Of The Generals, Placebo, and the award-winning Shtickmen.

That Anime Show EP 31 with Stephanie Young and David Brehm

Stephanie Young makes her return to TAS with husband and partner in crime, David Brehm. Join them as they talk about everything from music to Cacao! 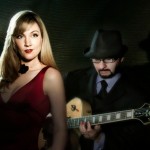 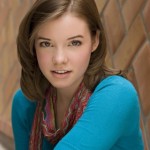 Having recently completed work as Nadie in El Cazador de la Bruja, the final installation in BeeTrain’s “girls with guns” trilogy, Trina has finally been able to leave the FUNimation premises having proven her voice acting abilities. Since her departure she has been called back as Meifong Liu in Blassreiter, Kaaya in Tower of Druaga, Akeno in My Bride is a Mermaid, Karen Nishiyama in Bamboo Blade, Luna in Cashern Sins, Lia Dragonell Sands of Destruction, Mizune in Soul Eater, Francesca Lucchini inStrike Witches, Oriku in Oh! Edo Rocket, Suzuri in Rideback, Capella Titus in Birdy the Mighty Decode, Lan Fan in Fullmetal Alchemist: Brotherhood, and her most anticipated role to date as Mari Makinami Illustrious in Evangelion 2.0. 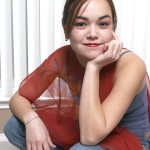