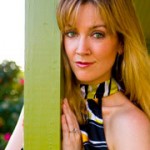 As an actress, Stephanie has appeared in numerous film, television, voice over, and national commercial/print projects. She is currently working on the exciting webisode series, created in a graphic novel style, Scout Six, where she plays the lead role of detective Scout Six! www.scoutsix.com .Stephanie is a two-time nominee for the Dallas Theatre League’s Leon Rabin Award for her work in the Dallas Theatre Community. She also collaborates, creates, and stirs up trouble with her husband’s production company, Blue Logic, a full service creative house specializing in CGI. As a singer/songwriter, Stephanie enjoys lending her signature, soulful vocals to the Dallas-based pop/jazz band, The Brehms (www.thebrehmsband.com). She is represented by The Horne Agency, and she lives in Dallas with her fabulous husband, along with their absolutely adorable shih-tzu, Lola Boo Brehm.