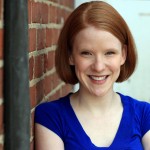 Maxey Whitehead was first cast by FUNimation Entertainment in 2008 to give life to the character of Antonio in Romeo X Juliet. Since then, Maxey has been fortunate to work on some amazing shows, such as Baccano! (Czeslaw Mayer), Soul Eater (Crona), and El Cazador de la Bruja (Ellis). In addition, Maxey is extremely honored to be the new voice of Alphonse Elric in Fullmetal Alchemist: Brotherhood.

Outside of doing voice over, Maxey is also an accomplished stage actor and has appeared at theatres all over Dallas as well as on the East Coast.