A native Texan and avid anime fan, Josh Grelle was raised on stage and in the art studios of Central Texas. He performed on stage at the Tin Building Theatre for over 15 years prior to starting work for ADV Films at the start of 2004. Since then he has acted/starred in over one hundred different titles and worked for such studios as ADV Films, FUNimation Entertainment, Okratron 5000, 48 Windows, Amusement Park Media, Warner Bros. Studios, and Seraphim Digital.

Josh is best known for his role of Kenichi Shirahama in Kenichi: The Mightiest Disciple. He is also known as the fabulous Kuranosuke in Princess Jellyfish; the outrageous Taishi in Comic Party: Revolution; Kyohei Takano in The Wallflower; Akihisa Yoshii in Baka and Test: Summon the Beast; Ichikia in Infinite Stratos; Kouchi Hayase in Linebarrels of Iron; and Akasha in Shikabane Hime. He can also be seen as; Ox Ford in Soul Eater; Edward V in Black Butler; Itsuki in Initial D; Lithuania in Hetalia: Axis Powers; Makoto in Ghost Hound; Hammer in Xenosaga: The Animation. Josh was also involved in the much anticipated HALO: Legends project, playing the role of Haka in Production I.G.’s “THE DUEL”. He has also lent his voice to a number of video games, the first of which was Dynasty Warriors 7, where he voiced Sima Shi.

Aside voice work, Josh has also written several shows (Magikano, Moonlight Mile) and worked in the Comic Book industry as a freelance colorist doing “the grunt work” for Marvel Comics and a few other studios around the world. Josh also avidly believes that Rainbow Dash is best pony. 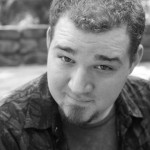