That Anime Show EP 19, “The Return of Joel McDonald”

The Return of Joel McDonald: Joel McDonald is an ADR Director, voice actor, and adaptive screenwriter. His directing credits include “Heroic Age,” “Sgt. Frog,” “Big Windup,” and “Spice and Wolf,” to name a few.  As an actor, he’s voiced roles such as Yoite in “Nabari No Ou,” Yajima in “Linebarrels of Iron,” Hanai in “Big Windup,” Saburo in “Sgt. Frog,” and Mary in “Rin: Daughters of Mnemosyne.”  He has also had the pleasure of writing for “D. Gray-man,” “Claymore,” “Linebarrels of Iron,” “Sands of Destruction,” and “STRAIN: Strategic Armored Infantry.”

Texas-born Aaron Dismuke started with a few small parts (in FRUITS BASKET and KIDDY GRADE), courtesy of his cousin, Funimation ADR director Justin Cook. But it wasn’t long before the budding voice actor showed real talent, and quickly catapulted to a critical leading role in FULLMETAL ALCHEMIST as Alphonse Elric . It’s a feat all the more impressive when you do the math and realize that he was only 11 years old when he started voicing Alphonse, and that he did most of that work while speaking into a big metal bowl. Aaron resumed the role for the movie FULLMETAL ALCHEMIST: CONQUEROR OF SHAMBALLA, as well as several video games based on the series. Aaron (now 17 years old) can also be heard as Ion Fortuna in TRINITY BLOOD, young Ginko in MUSHI-SHI and Yasuchika in OURAN HIGH SCHOOL HOST CLUB.  Most recently, Aaron joined FULLMETAL ALCHEMIST- BROTHERHOOD as young Van Hohenhiem and plays Ouri Kagami in SHIKABANE HIME.

Cynthia Cranz has been acting professionally since 1991. She has appeared on stage, TV, radio, film and print. Born in Fort Worth, she graduated from Grapevine High School in 1987. She is an alumnus of The University Of Mississippi where she minored in Psychology, earning a degree in History in 1991. In 1993, she signed with The Tomas Agency and has been working with Funimation since 1999, when she was cast in her first Animae role, as Chi Chi on DBZ. She currently resides in her native Fort Worth with husband Mitchell McManis and their several four-legged children. She continues to act, practice real estate, ride horses and compete in equestrian events. 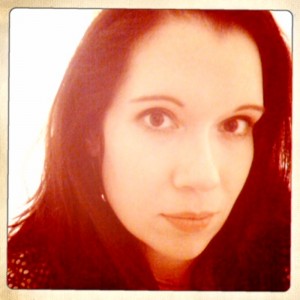 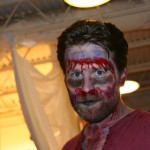 Eric Vale is going to take over the world.  Actually, he’s just an artsy kind of dude.  You might know the sound of his voice from anime such as Dragon Ball Z as Trunks, One Piece as Sanji, Fruits Basket as Yuki, or perhaps the other end of your phone as the prank caller if you’re reading this in 1986.   In addition to the acting, Eric has spent time as an ADR director, writer, and filmmaker.  He can also cook and not dance.  Recently, his story The Beautiful Middle of Nowhere was published in Slice Magazine and is currently in development as a feature film.  On the weekends, he builds bridges to the future, crafts a superconducting supercollider in his backyard, and moves mountains with his bare freaking hands.  Above all things he loves his family and is only slightly sorry for the horrifying embarrassment he causes his children. 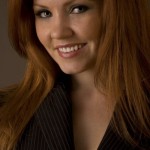 Jamie Lynn Marchi is an actress from Knoxville, Tennessee, and has been working professionally since 2000. She is known for having red hair, taking long walks on the beach, and for voicing anime characters on a regular basis (some may even call it a job of hers…), preferrably those of the sexy variety. Some of the characters that she voices include Masane Amaha from Witchblade, Elizabeth “Liz” Thompson from Soul Eater, Rinslet Walker from Black Cat, Mimi from Rin – Daughters of Mnemosyne, Miss Polly from Shin Chan, Ophelia from Romeo x Juliet, and many more characters that are sure to delight in every imaginable way possible. She is currently known for being awesome, and for being a very vibrant and friendly individual. Just don’t ask her to do anything she doesn’t want to. Then you’ll be paying for it. 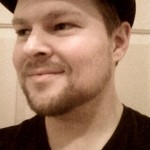 For over ten years, Chris Cason has participated in almost every facet of anime production.  He has been associated with numerous projects in a voice acting, ADR directing, or scriptwriting capacity.

Some of Chris’s voice credits include:  “Gluttony” in Fullmetal Alchemist, “Tien Shinhan” and “Mr. Popo” in Dragonball Z “Jack the Ripper” in Soul Eater, “Boo” and “Whitey” in Shin-Chan, “Miyamoto” and “M1” in Yu Yu Hakusho, “Chamo” in Negima, “Hanai” in School Rumble, “Babbit” in Kodocha, and “Taruru” in Sgt. Frog.

He has also had the opportunity to be a part of many popular video games.  His two favorites were: voicing random ghouls and specters for Ghostbusters: The Video Game, and as one of the contributing guitarists in Guitar Hero 3.

Chris Burnett is a professional actor from Arlington, Texas with an array of entertainment experiences that include a poker game with Whiplash, the cowboy monkey, riding a tandem bike with a slot machine, playing drums in Chucky Cheese’s band, and teaching line dancing to NHL hockey players. His interest in animation and video games ignited after being cast as the role of Romeo in Funimation Entertainment’s Romeo X Juliet. He also voiced Pvt. Franky LaRoche in Gearbox Software’s game, “Brothers’ In Arms: Hell’s Highway.” Currently, Chris is the co-host of Gamestop TV alongside Brina Palencia. See above for her magical powers. Brina voiced Juliet in Romeo x Juliet, and now she and Chris are inseparable in all things gaming and anime. When not working, Chris tours with his rap group The A-Town Fuzz, delivering undiscovered hits such as “Panty Raid” and “Ice Queen.” He also lent rolls the red carpet every morning for Terri Doty and J. Michael Tatum.

Bryan Massey was born in Pontiac, Michigan but moved to Dallas, Texas when he was just 7 years old. He began his illustrious acting career at the tender age of 9 when he made the local paper by winning the 5th grade talent show lip syncing to Steve Martin’s “King Tut.” At the age of 13, Bryan showed an interest in cartooning and filmmaking, so his Dad bought him a Super 8mm camera. Recruiting the neighborhood and his family, Bryan would spend his weekend’s shooting comedic action shorts with his beloved camera. During high school, Bryan dropped out of football because it conflicted with his theater schedule.

In college, Bryan had lead roles in several musicals, participated in community theater, made several short movies with his buddies on campus, and was a nationally ranked member of the cheer-leading squad. After earning an Associate’s Degree in Radio/Television, Bryan decided to pursue his acting career and moved to Hollywood, where he got his SAG card playing a Nazi on the X-Files. After spending 4 years in Los Angeles Bryan returned home to Texas, working in local improvisation troupes and continuing to write his own projects. With no local agent he would later go on to get a stint on Prison Break, only after crashing the audition!

He quickly went on to sign with a local agent and due to his unique gruff voice, Bryan was able to participate in his love of cartoons by doing voice over work for many anime shows and video games. Bryan has booked several commercials and acted in many short films and independents. Bryan has also been able to go onto more prolific roles including playing Detective Brinkley, a cop in hot pursuit of Diane Keaton and Ted Danson in “Mad Money”, as Skeeter, an oil man friend to Josh Brolin’s portrayal of George W. Bush in Oliver Stones critically acclaimed “W” and can also be seen this February 2010 as Officer Lerma in the 3D thriller “Drive Angry” with Nicolas Cage and Amber Heard.

Brina Palencia is a magical creature native to the mythical land of Oklahoma.  She also has strong genetic ties to the far away land of Honduras.  She migrated to Dallas, TX as a teenager and has stayed ever since.  She has many magical powers.  The most popular power would be that of voice acting.  Her credits are numerous and can all be found on the interwebs. She also holds the power of on-camera acting. You’ve most likely seen her on the magic picture box at GameStop alongside Chris Burnett (fellow voice actor) talking about video games.  Beyond that her powers include – but are not limited to – singing, cooking and baking, and playing pranks on Tatum.